The Latvian Evangelical Lutheran Church Abroad was given an observer status in the Porvoo Communion during a meeting of the Porvoo Contact Group in Madrid, October 4 – 7 2010.

The Most Revd Elmārs Ernsts Rosītis, archbishop of the LELCA represented his church at the meeting, having been invited to the meeting as a guest, before decision was reached.

The picture is from the website of a member church of the LELCA in Britain. 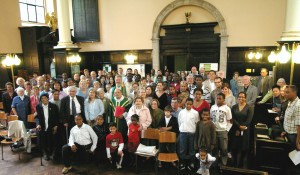 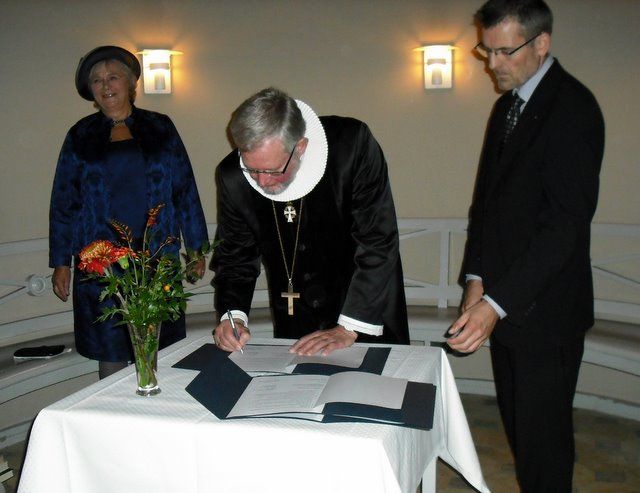 “The Church of Denmark today became a full member of the Porvoo Communion when representatives of the church signed the Porvoo Agreement in Copenhagen Cathedral.”