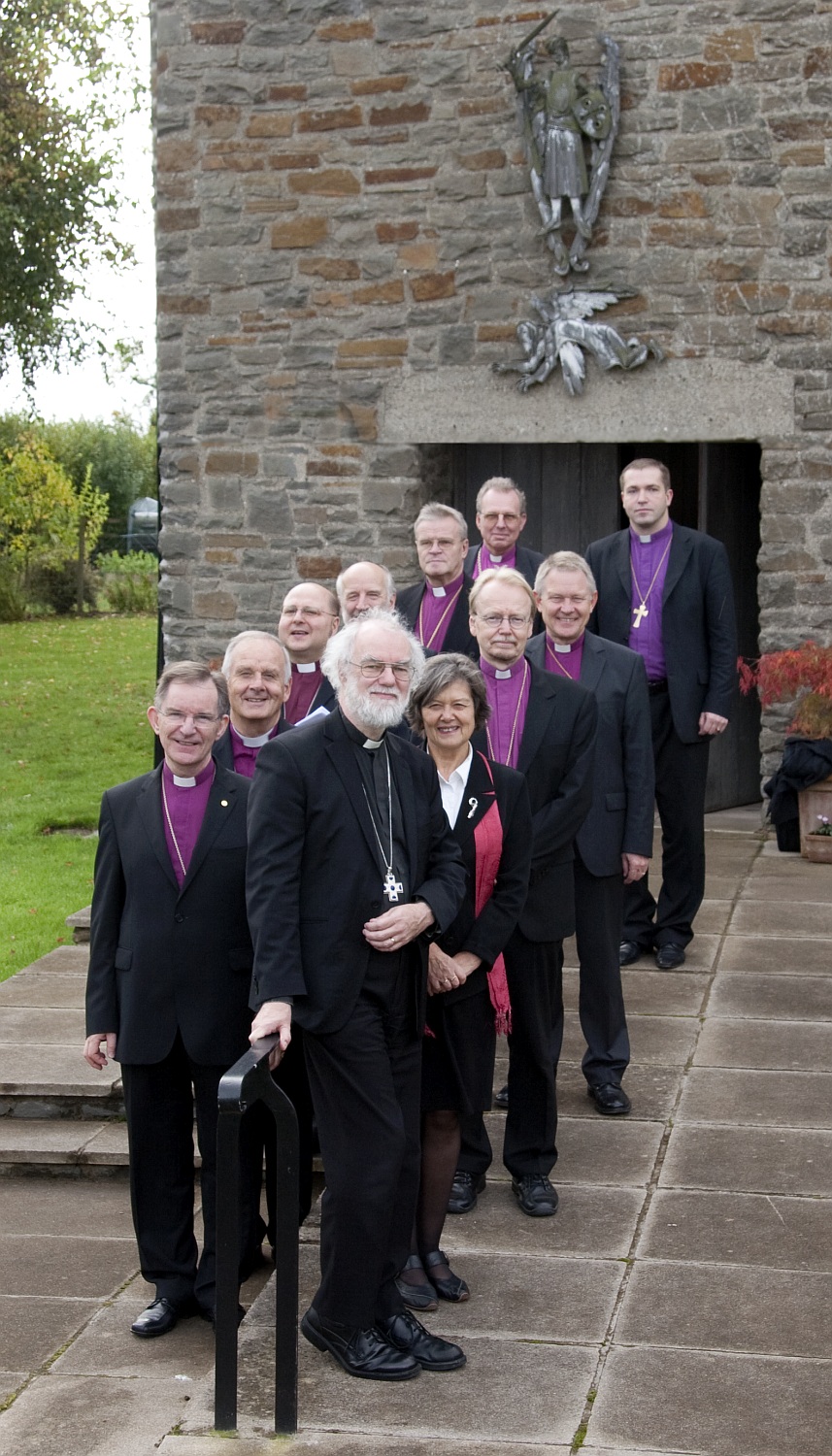 The Primates and Presiding Bishops of the Porvoo Communion of Churches met in Llandaff, Wales, on October 3. -4., to review common work undertaken since the last meeting, to discuss areas of common concern and to share information about important issues in their respective churches.

The biannual meeting of the Primates and Presiding Bishops is one of the consultation processes in the Porvoo Communion of Churches, who have committed themselves to “share a common life in mission and service.”

In reviewing the work carried out since their last meeting the Primates and Presiding Bishops commended the “Guidelines for Interfaith Encounter” which had been further developed at a Porvoo Consultation in 2011, and also the work on responding to conflict which is part of an on-going process for consultation within the Communion. Information on these consultations can be found on the website of the Porvoo Communion, www.porvoochurches.org under “resources”.

In discussing the current economic crisis in Europe the Primates and Presiding Bishops recognized that this affects all the countries and churches in different ways. Unemployment is rising in most of the countries. Changing patterns of migration have created a challenge to the churches in providing pastoral care to the new migrants. A Consultation on Diaspora and Migrant Churches will be held by the Porvoo Communion in March 2012. The Primates and Presiding Bishops also called for a consultation on Economy and Ethics, recognising the effect that the current economic environment has on their countries and the moral responsibility of the richer churches towards the poorer churches. The next consultation of the Communion, to be held in Finland in November 2011, will be a Consultation on Marriage. The consultation will enable the Porvoo churches to share each other’s understanding and experiences as well as each other’s traditions, histories and differences.

The Porvoo Communion is visible in different areas in the life of the churches, for example in twinning and visits between dioceses and congregations, and in the mutually enriching engagement of diaspora congregations in the life of the churches of the Communion. The Primates and Presiding Bishops asked that creative work with young people across the Communion should be explored.

Twelve leaders from European churches of the Porvoo communion met together in Wales this week. The meeting, hosted by the Church in Wales, is taking place at St Michael’s College, Llandaff, on Tuesday and Wednesday. It is the first time the leaders of the Porvoo churches, who represent churches from Spain to Iceland, have met in Wales. They meet every two years to discuss common issues and build up stronger relationships between their churches. The meeting will begin with a service at Llandaff Cathedral tonight (Monday) at which the Archbishop of Wales, Dr Barry Morgan, will preside and the Archbishop of Uppsala, Andres Wejryd, will preach. Dr Barry Morgan, Archbishop in Wales said, “I am delighted to welcome the leaders of the Porvoo Communion to Wales for the first time and I hope we will inspire each other with our different traditions as well as strengthen the links we have already build up between our churches.” The church leaders coming to Cardiff are: Archbishop Kari Makinen, Finland Archbishop Andres Poder, Estonia Archbishop Elmars Ernsts Rozitis, Church of Latvia Abroad Archbishop Anders Wejryd, Sweden Bishop Karl Sigurbjörnsson, Iceland Bishop Helga Haugland Byfuglien, Norway Archbishop Mindaugas Sabutis, Lithuania Bishop David Chillingworth, Scotland Bishop Jana Jeruma-Grinberga, Lutheran Church in Great Britain Bishop Carlos Lopez Lozano, Spanish Episcopal Church Archbishop Rowan Williams, Canterbury.